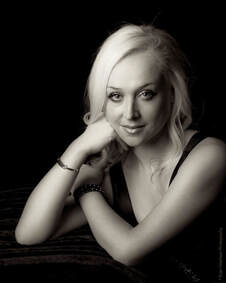 Yulia Lukyanova Moriarty was born and raised in Kaluga, Russia. She started her dance training at the age of six. She began her professional career at the age of 18 in the State Company, Cossacks of Russia were she toured extensively throughout Europe and the U.K. Her next professional show was Sultans of the Dance.
Yulia's next endeavor took her to Portugal where she performed with the Ondacruz Show Ballet Company from 2005-2007.
In 2007, she joined Riverdance the Show as cast member of The Moscow Folk Ballet Company. Mrs. Lukyanova Moriarty toured with Riverdance until the summer of 2011. Yulia started her teaching career in 2011 in the states and is Co-Director and Co-Owner of The ML Dance Academy with her husband Joseph. They operate a competitive amd recreational dance academy located in Reynoldsburg, Ohio, U.S.A. They have won numerous regional and national awards including overall winners, choreography and technique accolades. Their academy has competed in the Youth American Grand Prix Finals at the Lincoln Center in New York City and also the World Ballet Art Competition Finals in Niagara Falls, Canada. Their Academy is operating in it's 9th season of dance.
Joseph Moriarty - Irish Step Dance, Acro, Jazz, Lyrical, Tap 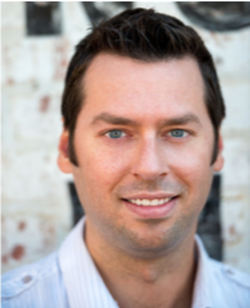 Born and raised in Columbus, Ohio, Joseph started traditional Irish dancing at the age of seven. It was soon obvious he had a natural flair for dancing. Joseph was a Mid-America Regional champion in 1996 and placed in the top 3 at the North American Irish Dance Championships on multiple occasions. Joseph progressed to competing at the World Championships and placed 5th in the 1997 World Championships.
Joseph then joined Riverdance-The Show in the summer of 1997 at the age of sixteen, and was asked to train for a lead position shortly after. Joseph is to date, the youngest male ever to be given the principal role. He was the second North American male to be given the lead role in the history of the show. Joseph was the longest tenured male lead in Riverdance history. Joseph toured with Riverdance for over thirteen years spanning the globe. His career highlights include starring on Broadway, performing in the People’s Hall of China and the Moscow Kremlin State Palace, as well as performances for the Empress of Japan, the President of Ireland and many others.
Joseph is recognized by An Coimisiun Le Rinci Gaelacha as a T.C.R.G. certified Irish Dance
instructor. Joseph has taught extensively throughout his touring career. He has instructed
dance camps in New York and Los Angeles as well as masterclasses in Japan and Colorado.
Mr. Moriarty also performs regionally with the top Irish bands.
Joseph is Co-Director and Co-Owner of The ML Dance Academy with his wife Yulia. They
operate an extremely successful and competitive dance academy located in Reynoldsburg, Ohio,
U.S.A. They have won numerous regional and national awards including overall winners,
choreography and technique accolades. Their academy has competed in the Youth American
Grand Prix Finals at the Lincoln Center in New York City and also the World Ballet Art
Competition Finals in Niagara Falls, Canada. Their Academy is operating in it's 9th season of
dance.
Betty Vilenchuk - Jazz, Hip Hop, Tap, Combo 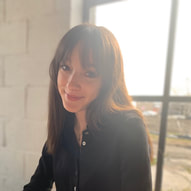 Betty Vilenchuk started dancing when she was 3 years old and has participated and placed in numerous ballet competitions, including third place in contemporary at the World Ballet Art Competition. She also participated in numerous local competitions, where she won countless awards and scholarships, including the Hollywood Summer Tour. Betty teaches kids ages 3 and up on how to dance ballet, pointe, lyrical, jazz, tap, and hip-hop. Through dance, she hopes to inspire growth, strength, confidence, and joy in others. She is currently enrolled at The Ohio State University and is majoring in both Human Development and Family Science and Russian in hopes of becoming a pediatric occupational therapist. Betty is excited to be able to share her love and passion for dance with her students for her third season at the ML Dance Academy. ​
Marilyn Brust - Tap 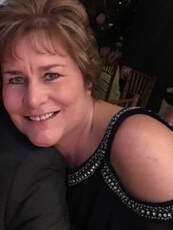 ​Marilyn is a former ML Dance teacher who is excited to be returning to the studio this fall. She has taught dance in the surrounding area for 17 years. She also has choreographed various area school musicals. In her free time Marilyn likes to spend time with family, especially her almost 2 year old grandson and her 2 Goldendoodles. Marilyn lives in the Pickerington area with her husband, Ty.
Angela Harris - Tap and Musical Theater 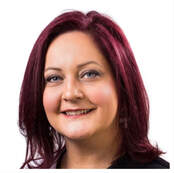 Miss Angela is originally from Rayland, Ohio.  She relocated with her family 8 years ago to Columbus.
She is currently Co-Owner/Director of The Energy Source Dance Experience.  An in-house workshop/intensive with guest artists from all over the US by working with studio owners and teaching at studios in: MI, OH, MO, IL, TX, LA, and MS.
A former adjudicator for a regional dance competition in the midwest and southern regions. The former Owner/Director of The Dance Difference in St. Clairsville, Ohio for 8 years.
Angela has been dancing for 40+ years and teaching for over 30 years.  She is trained in most forms of dance.
​Miss Angela’s strong belief in age appropriateness, proper technique, positive energy and upbeat personality pulls a quality of movement out of her students that is indescribable and makes her classes a joy to experience.
Callista Young - Hip Hop and Tap

Callista Young is a senior at The Ohio State University majoring in Strategic Communications and minoring in Dance. She was a  highly successful competition dancer for 12 years and also traveled with Hollywood Connection dance convention as a company member for her junior and senior year. Callista has extensive training in jazz, tap, hip hop, ballet, contemporary, and lyrical and has enjoyed teaching masterclasses throughout the central Ohio region. She is on the executive board and and is the performance chair of Dance Connections through Ohio State. Her goals include pursuing a career in dance and acting after college. She's very excited to share her knowledge with the students at The ML Dance Academy​